Set to be decided prior to summer 2018, the petitioners behind Janus are seeking to reverse 40-year-old case law requiring all public employees covered by a bargaining unit to pay “fair share” or “agency” fees to the unit, regardless of the employee’s willingness to join the union. A secondary question in Janus is whether public employees must opt-in (versus opt-out) of the union’s political dues, which has major effects on the ability to raise political funds. Many believe the Court’s conservative majority has the potential to strike a major blow to the financial and membership health of public employee unions and the political causes they support.

In anticipation, the Brown Administration negotiated with labor and management groups on a measure (Assembly Bill 119, authored by the Assembly Committee on Budget) to require union access to new hires during whatever process a public employer uses to advise new hires of their employment status, rights, and benefits. The bill avoids prescriptive language related to the details of this access. Instead, the parties must reach mutual agreement regarding the structure, time and manner of union access to new employee orientations, with failure to reach agreement subject to compulsory arbitration.

Employer hiring practices. Public employers will now be barred from seeking a prospective employee’s past salary history, unless the information is voluntarily disclosed by the applicant (AB 168, by Assembly Member Susan Talamantes Eggman (D–Stockton)). Employers will also be prohibited from inquiring about or considering a job applicant’s conviction history prior to a conditional offer of employment, except in certain instances (AB 1008, by Assembly Member Kevin McCarty (D–Sacramento)).

Employee benefits. The expansion of public employee benefits tends to be a perennial topic of interest for lawmakers. This year was no exception, with the passage and signing of bills like Senate Bill 63, by Senator Hannah Beth Jackson (D–Santa Barbara)—which requires most employers to provide eligible employees up to 12 weeks of job protected parental bonding leave for a new child—and AB 670, by Assembly Member Tony Thurmond (D–Richmond)—which folds part-time playground positions into the classified service.

Despite the Legislature’s enthusiasm towards expanding public employee benefits, Governor Brown vetoed several high-profile bills, citing principles of local control or the sufficiency of existing law. Assembly Member Raul Bocanegra (D–Arleta) authored AB 621 to allow certain classified school employees to contribute earnings to a summer furlough fund, which would have been matched by the state on a two-to-one basis. The Governor vetoed AB 621 on the basis that “employee compensation is a matter subject to local collective bargaining.” For similar reasons, the Governor vetoed AB 568, by Assembly Member Lorena Gonzalez Fletcher (D–San Diego), which would have required school districts, charter schools, and community colleges to provide at least six weeks of full pay for pregnancy-related leaves of absence taken by certificated, academic, and classified employees.

Retirement. The California State Teachers’ Retirement System (CalSTRS) and California Public Employees’ Retirement System (CalPERS) received significant legislative attention this year due to the increasing cost pressures on school district budgets. Although some conservative legislators have proposed (unsuccessfully) to significantly modify or restructure the pension systems, the number of new laws affecting CalSTRS and CalPERS are quite limited due to the broad autonomy of the respective retirement boards.

The Governor signed the following Human Resources bills this year:

Changes in Law 2017 - Assessment and Accountability 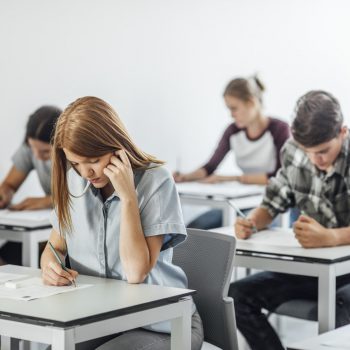