Friday, February 22nd was the deadline for legislators to introduce bills. Since December, lawmakers have introduced 2,589 bills. Our team has now sorted through all the introductions and have identified nearly 500 as addressing issues of potential interest.

While this update looks at some key bills, a comprehensive list of all the education-related bills we are tracking, sorted by category, can be found here. As you look through the list, it is worth noting that at this point, many bills are “spot bills,” i.e. works in progress. These are placeholder bills that often just state an author’s intent to do something in the area of education and which will likely be significantly amended in the coming week, if the author decides to pursue it.

One notable theme is the return of a number of bills that were vetoed under the previous Administration, including efforts to allow the administration of cannabis-products on campus to students with severe disabilities and to require that schools start no earlier than 8:30 am. With Governor Newsom in office, many Legislators will now try and see if they will have more success under the new Administration.

Below you will find a summary of some key measures, sorted by broad category, that we have identified at this early point in the process.

The key bills in the area of assessment and accountability center around how the state measures student achievement. Assembly Member Patrick O’Donnell has reintroduced his effort to reduce student test fatigue and remove a barrier to college attendance, a bill to provide school districts with the option of offering a nationally recognized high school assessment, like the SAT, in lieu of the 11th grade state assessment. The Assembly Member ran a similar bill last year but it was vetoed by Governor Brown, who favored first waiting to see if state universities would start accepting the 11th grade assessment for admission purposes.

Another bill, by Assembly Member Shirley Weber (D-San Diego), would change the formula used to measure student achievement for purposes of the Local Control Accountability Plan (LCAP) priorities. The bill would separate out the percentage of students who have successfully completed courses required for admission to the University of California or California State University and who have successfully completed Career Technical Education (CTE) courses of study as two individual measures but also add the percentage of students who successfully complete both types of courses as an new, additional measure.

With charter reform virtually non-existent under Jerry Brown’s time in office, the election of Gavin Newsom has presented members of the Legislature with new opportunities to seek changes to the law. While backed by CTA in the election, it is still unclear just how far Governor Newsom is willing to go when it comes to charters. While the lone Senate proposal on charter schools, which would explicitly apply the same conflict of interest requirements for school districts to charter schools, has already been fast-tracked through the process and is now on the Governor’s desk, the Assembly has taken a more sweeping, overhaul approach to the issue.

Assembly proposals include changing whether school districts approve a charter from “shall” to “may”, removing authority to appeal charter denials to the county boards and state board of education, capping the total number of charters in the state, and prohibiting charters from locating outside the boundaries of the authorizing school district, among other. It is still early in the process, so we will have to wait to see what shape these proposals are in if, and when, they reach the Governor’s desk.

The adequacy of special education funding has been a long-running debate among the Governor, Legislature, and special education stakeholders. This year, along with Governor Newsom’s budget proposal to provide $576 million for special education concentration grants aimed at early intervention and school readiness efforts, both the Assembly and the Senate have put forth their own bills to address special education funding. While both proposals would keep the current AB 602 funding model in place, they each take different approaches to the issue.

The Assembly proposal is threefold and would equalize funding to the 95th percentile, provide supplemental funding for high cost services, and establish a funding formula within AB 602 for preschoolers with exceptional needs. The Senate proposal takes a narrower approach and focuses on providing early education programs with grants to school district based on its number of preschoolers with exceptional needs. Though introduced as legislative proposals, we expect both houses’ proposals to also be a part of ongoing budget negotiations as the budget committees in both houses hold hearings on the Governor’s proposal.

Another legislative measure we expect to be a part of the budget conversations is a proposal by Assembly Member Patrick O’Donnell (D-Long Beach) to repeal the move in last year’s budget to split funding for the Career Technical Education Incentive Grant (CTEIG) Program between the California Department of Education (CDE) and the Strong Workforce Program, which is run out of the California Community Colleges. Assembly Member O’Donnell is proposing shifting funding completely back to the CDE as well as increasing the total allocation of funding by $150 million, for an annual total of $450 million.

Early education efforts will likely take the forefront this year as both the new Governor and Legislature have indicated their intent to increase support for early childhood services. Assembly Member Kevin McCarty (D-Sacramento) has introduced a package of bills that would expand access to the state preschool program, place a bond on the next statewide ballot to fund a preschool facilities grant program, and establish a single regionalized state reimbursement rate system for childcare, preschool, and early learning. A similar bill to establish a single regionalized state reimbursement rate has also been introduced on the Senate side.

With all of the bond funding provided under Proposition 51 (2016) already accounted for, the Legislature has now turned its attention towards the new bond opportunities on future ballots. One proposal would place bonds of unspecified amounts on the 2020 and 2022 ballots to fund, like with Prop. 51, the construction and modernization of K-12 and community college facilities. Another proposal would place a $500 million bond on the 2020 ballot to finance a preschool facilities grant program. While these efforts are currently house in different legislative vehicles, it is more than likely they could be merged into a single bond proposal.

One of the biggest bills related to school governance introduced this year is actually a remnant from the previous legislative session. Senator Anthony Portantino (D-La Cañada Flintridge) has reintroduced his school start-time bill, which would require schools to start no earlier than 8:30 am, excluding zero period. Last year, a nearly identical bill faced opposition from schools as well as other legislative members before it was ultimately vetoed by Governor Brown, who preferred to defer to local school boards to make the decisions around school start-time.

Another returning bill would prohibit the suspension of a student for willful defiance permanently for grades 4-8 and until 2025 for grades 9-12. Senator Nancy Skinner (D-Berkeley) authored a similar bill last year but it was also vetoed by Governor Brown, who felt teachers and principals, not legislators, were in the best position to make decisions about suspensions.

As part of his January Budget proposal, Governor Newsom proposed shifting the responsibility of monitoring teacher misassignment from COEs to the California Commission on Teacher Credentialing (CTC). While budget trailer bill language has been drafted for this shift, legislation has also been introduced by Assembly Member Reginald Jones-Sawyer (D-Los Angeles) to require the CTC to oversee a State Assignment Accountability System to provide LEAs with a data system for assignment monitoring.

Despite the Local Control Funding Formula (LCFF) being fully funded following the 2018-19 budget, California still ranks near the bottom in per pupil funding. Recognizing this, the Legislature’s focus has now turned to the future of education funding in a post-LCFF transition world.

Assembly Member Al Muratsuchi (D-Torrance) has once again introduced a bill that would increase the base grants of LCFF and, in doing so, also increase the supplemental and concentration grants for low income, English learner, foster, and homeless students. Like his AB 2808 from last year, which ultimately failed to make it to Governor Brown’s desk, this year’s proposal would raise LCFF base grants and bring California within the top ten of states in per pupil funding.

Assembly Member Weber has also reintroduced her bill from last year to expand the definition of “unduplicated pupil” to also include pupils in the lowest performing subgroup, based on the math and English language arts scores from the most recent administration of the state assessment.

The Legislature is also looking at ways to increase education funding outside of LCFF. A constitutional amendment by Senator Jerry Hill (D-San Mateo) would lower the voter threshold for school parcel taxes to 55%. This effort is nearly identical to an effort by Senator Ben Allen (D-Santa Monica) from last year, SCA 22, that ultimately died in the Senate Appropriations committee.

Two of the key efforts around school safety this year are actually proposals returning from the previous legislative session after being vetoed by then-Governor Brown. Assembly Member Lorena Gonzalez (D-San Diego) has reintroduced her bill that would extend the civil statute of limitations for childhood sexual assault by 14 years, revive lapsed claims for three years, and increase penalties for such crimes. Governor Brown vetoed the previous version of this bill because he believed a 2008 law, SB 630 (Simitian), already adequately addressed this issue.

Senator Jerry Hill (D-San Mateo) has also reintroduced his bill to allow the governing boards of school districts, COEs, and charter schools to adopt policies to allow parents to administer medically necessary cannabis-derived products on a school campus to a child with severe medical conditions. Governor Brown vetoed the previous effort over concerns he had around the use of cannabis by children, even for medicinal purposes.

The demand for pupil mental health services, particularly on the school site, continues to grow across the state. That need is reflected in the increased number of bills introduced this year in the area of student and youth mental health. While many of these bills only contain intent language at the moment, one early proposal would require schools to have one mental health professional available on campus for every 600 students. As the legislative process moves along, we expect a number of these other bills to be amended with substantive proposals to address youth mental health issues.

Bills need to be in print for 30 days before they can be acted on. Legislative policy hearings will start ramping up in the next few weeks and we expect significant amendments to most bills as they make their way through the legislative process. 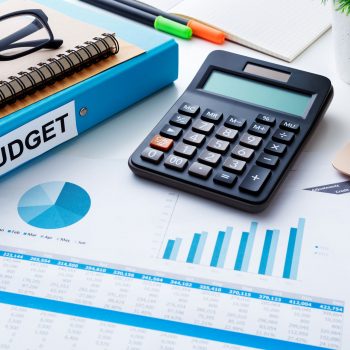 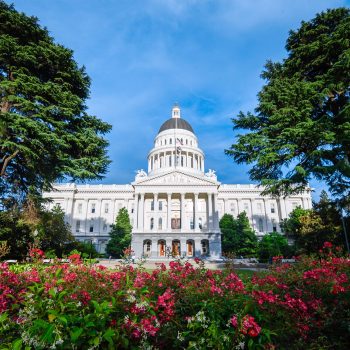