U.S. Supreme Court to Again Take Up a Case on Public-Employee Union Fees

U.S. Supreme Court to Again Take Up a Case on Public-Employee Union Fees

The U.S. Supreme Court on Thursday granted review of a case that gives it a new opportunity to overrule a major decision on public-employee union fees for nonmembers.

The justices granted review in Janus v. American Federation of State, County, and Municipal Employees Council 31 (Case No. 16-1466), which could have a major effect on the teachers’ unions as well as other public-employee unions.

The appeal was brought by the National Right to Work Legal Defense Foundation and the Liberty Justice Center on behalf of Mark Janus, an employee of the Illinois Department of Healthcare and Family Services, who has $44.58 deducted from his paycheck every month to cover the collective-bargaining fees of AFSCME.

Janus and two other state employees who object to the union fees had intervened in a lawsuit brought by Illinois Gov. Bruce Rauner, a Republican who has sought by legislative and legal means to upend the status quo in public employment in the state, as has occurred in nearby states such as Michigan and Wisconsin.

The suit seeks to overrule Abood v. Detroit Board of Education, the 1977 Supreme Court cast that authorized public employee unions to charge service fees to employees in the bargaining unit who refuse to join. Last term, in Friedrichs v. California Teachers Association, the justices deadlocked 4-4 in a case in which nonunion teachers asked it to overrule Abood.

The Illinois suit seeks to have Illinois’ public-sector agency law declared unconstitutional on First Amendment grounds. The governor was dismissed from the suit for lack of standing, and the other plaintiffs fell by the wayside because of other issues.

Both a federal district court and the U.S. Court of Appeals for the 7th Circuit, in Chicago, dismissed the lawsuit. Then-Judge Richard A. Posner of the 7th Circuit said that “neither the district court nor this court can overrule Abood, and it is Abood that stands in the way of [Janus’s] claim.”

“Janus and millions of public employees are subject to agency fee requirements that compel them to subsidize the speech of a third party (an exclusive representative) that they may not wish to support,” the appeal says. “This significantly impinges on the First Amendment rights of each and every employee who did not choose to subsidize the union’s advocacy.”

Both AFSCME and Illinois Attorney General Lisa Madigan, a Democrat who has clashed with Rauner, filed briefs urging the justices not to take up Janus’s case.

“This case is an especially poor vehicle to reconsider Abood’s holding because it has no factual record,” Madigan’s brief said.

But the Supreme Court, now back at full strength with the addition of Justice Neil M. Gorsuch, and having considered the issue not only in Friedrichs but in a 2014 case, Harris v. Quinn, appears to think Janus’s vehicle is perfectly suitable.

Randi Weingarten, the president of the American Federation of Teachers, issued a statement saying that “corporations, wealthy interests and politicians have manufactured Janus as part of their long and coordinated war against unions. … And under the guise of the First Amendment, they want to overturn a 40-year-old precedent that’s been reaffirmed numerous times.”

Lily Eskelsen Garcia, the president of the National Education Association, said in a statement, “We won’t back down from this fight and we will always stand up to support working people, our students and the communities we serve.”

Mark Mix, the president of the Springfield, Va.-based National Right to Work Legal Foundation, said in a statement that “we are now one step closer to freeing over 5 million public sector teachers, police officers, firefighters, and other employees from the injustice of being forced to subsidize a union as a condition of working for their own government.”

Jacob Huebert, the director of litigation at the Chicago-based Liberty Justice Center, issued a statement that said: “People shouldn’t be forced to surrender their First Amendment right to decide for themselves what organizations they support just because they decide to work for the state, their local government or a public school.” 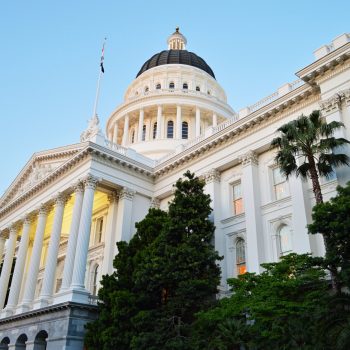 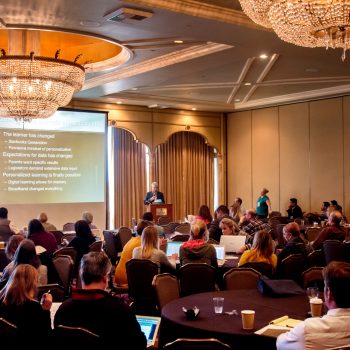