A problem that has been persistent in California for years, the digital divide was highlighted in a major way when the COVID-19 pandemic hit. Perhaps more than any other sector, schools felt the impact of a sudden and almost total reliance on access to high-speed internet. In an effort to help remedy the issue, bills were quickly introduced in both houses of the state Legislature in 2020 and 2021. However, one of the most significant proposals this year came via enactment of the state budget.

With so much money being allocated to this issue, the Legislature and Administration will undoubtedly be monitoring how the dollars are spent as California rolls out current and future broadband projects. In particular, the open-access, middle-mile projects will be under scrutiny. At the time of this writing, the President of the California Cable and Telecommunications Association (CCTA) had already publicly criticized the California Public Utilities Commission’s (CPUC) handling of the rollout. Being such a high-stakes investment for the state, this issue will certainly be watched closely not only next year, but over the next several years.

You may recall AB 570 (Aguiar-Curry, D- Woodland) and SB 1130 (L. Gonzalez, D-Long Beach) which were both authored in 2020. These two bills were amended mid-session in response to the COVID-19 Pandemic, and sought to make changes to the CASF to better help California tackle the digital divide (which was suddenly a glaring issue). Both bills died in the eleventh hour of the 2019-20 Legislative Session amidst heavy lobbying by opponents, but both authors noted they would continue to pursue solutions to the digital divide in 2021.

Accordingly, AB 14 (Aguiar-Curry) and SB 4 (L. Gonzalez) were both introduced on the very first day of the 2021-22 Legislative Session. The bills saw several sets of amendments throughout session. Specifically, once the broadband budget deal (detailed above) came together, the two authors – who had been working closely together all year – amended their bills to primarily deal with the CASF, one of California’s primary means of funding broadband projects.

Together, the two bills essentially extend the CASF and its funding mechanism through the end of 2032. In a signal of how closely the authors worked together this year, the bills were what is known as “double-joined”, meaning neither could become law without the other also becoming law. Also of note, the two bills were both “urgency” measures and became law immediately upon signature by the Governor.

COVID-19’s impacts were pervasive in the technology space. Beyond the digital divide, yet another issue school officials have known about for years came to the fore. Cybersecurity threats to schools were already on the rise, and as distance and online learning models were rapidly deployed across California, schools that were already struggling to secure their online environments became even bigger targets for nefarious actors.

In an effort to leverage state resources to better help schools identify holes in their online security, Assembly Member Ed Chau (D-Arcadia) introduced AB 1352. The bill authorizes the Military Department, at the request of a local educational agency (LEA), and in consultation with the California Cybersecurity Integration Center (Cal-CSIC), to perform an independent security assessment of the LEA or an individual schoolsite within the LEA (the cost of the assessment will be funded by the LEA). The bill makes it clear that the criteria for the assessment will be developed in consultation with the LEA, and the results of the assessment will only be disclosed to the LEA and Cal-CSIC. 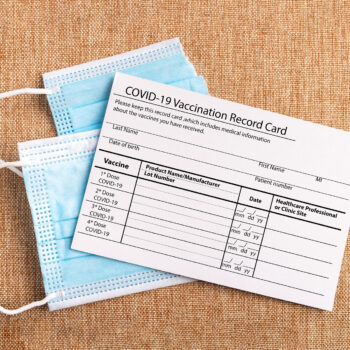