While a budget agreement was announced last week, and most of the bills necessary to implement the agreement were sent to Governor Newsom by Friday, a notable exception was the main K-12 education trailer bill. That bill, SB 98 (and its duplicate Assembly Bill, AB 77), were revised last week and thus not eligible for a vote until late in the day on Friday because of the Constitutional requirement that a bill be in print in its final form at least 72 hours before a floor vote in either house. The Assembly passed SB 98 Friday night, and the Senate returned to session this afternoon and also passed the bill. The 2020-21 budget package, therefore, has now been passed by the Legislature and we expect a quick signature from Governor Newsom within a day or two.

Recall that the Legislature had passed a budget bill on June 15, the Constitutional deadline for them doing so, however, that budget bill did not reflect an agreement with the Governor on a wide set of issues. The actions taken in the Legislature last week made amendments to that original bill, and also included a number of budget trailer bills. SB 98 implements much of the budget package (e.g., 2020-21 deferrals, distance learning requirements, ADA hold-harmless) related to K-12.

We have outlined the overall structure of the budget agreement, as it affects K-12, in previous updates (for example, see here), and we will continue to examine various aspects of the budget in the coming days and weeks. We will also begin our rescheduled Budget Perspectives Workshops, via WebEx, starting July 6; where, as usual, we will provide a comprehensive look at the budget, and the backstory behind it. Information and registration for those workshops is available here; if you were registered for a workshop prior to the rescheduling, you will automatically be reregistered for that same workshop at the new date and time.

One of the most controversial provisions in SB 98 has to do with the Average Daily Attendance (ADA) on which funding will be based in the 2020-21 school year. Simply put, SB 98 specifies that 2020-21 ADA, for the purposes of making funding determinations, is fixed at the 2019-20 level for any county office of education, district or charter school. This provision will serve as a hold-harmless for any local educational agency (LEA) that sees declining enrollment (and thus declining ADA) in 2020-21 either as a result of the pandemic or as a result of the more natural decline occurring for demographic or mobility reasons.

Recall that the 2019-20 calculation of ADA was adjusted, as a result of school closures, to only include pupil attendance through February 29, 2020. That adjustment also included a decrease in the number of instructional days, meaning that both the numerator and the denominator in the calculation of ADA were adjusted, in order to effectively produce an ADA that was comparable to what we calculate in a “normal” year.

For declining enrollment LEAs, this “hold-harmless” approach will mirror the traditional soft-landing rule in current law by allowing those LEAs to use prior-year (2019-20) ADA, which would be greater than their ADA in 2020-21. However, this approach is very much a disadvantage to any LEA that will see growth in ADA, whether that growth is a result of the pandemic or of natural increases in enrollment. Since 2020-21 ADA is fixed at the 2019-20 level, no growth in ADA in 2020-21 will be accounted for in funding calculations for that year. In addition, no growth in ADA subsequent to February 29, 2020, will be accounted for in funding calculations for the current 2019-20 fiscal year.

There are very limited exceptions to this approach provided for in SB 98; for example, attendance for students with disabilities attending extended year (summer) programs prior to July 1, 2020 can be added for 2019-20, and any new charter schools approved prior to June 1, which will not have prior year ADA in 2020-21, will have an alternative calculation of its 2020-21 ADA.
The effect on growing LEAs is clear, especially as compared to traditional law which funds LEAs on the greater of current or prior year. Those LEAs will see more students, which translates to higher costs, but will receive no additional funding for those students.

In an Assembly Budget hearing, the Department of Finance, when pressed on the reasons for disadvantaging growing LEAs, stated that the reason for this approach was budgetary in nature. It was felt that in this recessionary budget, there were insufficient funds to both hold declining enrollment districts harmless, while also funding growth in other LEAs. This ignores the fact that even during the Great Recession, a time of greatly increased student mobility, the traditional rule was maintained – declining LEAs were protected and growing districts were provided the resources that they needed to serve the increased number of students.

In that budget hearing a number of Assembly Members raised issues about this provision. Questions were raised about how this provision supports equity in our funding model, and whether this may create incentives for some LEAs to try to dissuade or turn away some students. In response, the Department of Finance stated that they had no plans to amend this approach; however, they also stated that there were discussions going on between the Governor and legislative leaders. There were also a large number of individuals stating opposition to this policy during the public comment period in the hearing.

SB 98 also made a number of other changes to attendance-related rules, including:

It should be noted that the requirements are no longer waivable by the State Board of Education throughout the 2020-21 fiscal year. You can link to the text of SB 98, to see the specifics of some of these provisions and others. Most of what has been discussed here can be found in SEC. 34 of that bill (a little over one-third of the way through that lengthy bill).

Many of the changes to the manner in which we account for attendance and meet some of these requirements is clearly tied up in the state’s vision, as defined in SB 98, for how schools operate and reopen in an environment where we are clearly still dealing with the pandemic. We plan to send an update tomorrow that provides a comprehensive look at the authorities provided to, and the requirements placed on, LEAs in terms of in-classroom instruction, distance learning, and hybrid instruction when reopening schools. Clearly those authorities and requirements are closely tied to the attendance-related provisions discussed above.

Update: 6/29/20
Governor Newsom just signed the budget and issued this press release. With regard to the issue of the “ADA hold-harmless,” that was discussed in the analysis we sent you earlier this afternoon, there is already an important update. In the Signing Message that the Governor issued as he signed SB 98, he recognized that schools with growing ADA will be negatively impacted because the current attendance provisions do not “take into account schools that had planned expansions. By not funding those expansions, families enrolled in those schools may be displaced … I urge members of the Legislature to pursue targeted solutions to these potential disruptions, and will work with you in the coming weeks to enact them.” 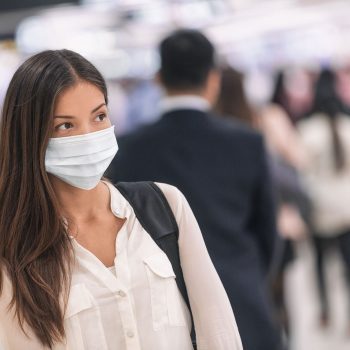