In a hearing of its Budget and Fiscal Review Committee this afternoon, the State Senate revealed its response to the Governor’s May Revision and its plan for the budget.  The Senate’s plan rejects many of the cuts proposed in the Governor’s May Revision, and instead proposes to use a series of budget tools that were developed and implemented during prior recessions, including the Great Recession.

As noted in testimony by the non-partisan Legislative Analyst, there are more similarities than differences between the May Revision and the Senate plan, especially in terms of assumptions about available revenues and reliance on future additional federal relief funds.

What happens if we do receive more federal funds?

With respect to the Prop 98 portion of the budget, if additional federal funds do become available to offset reductions, then there are only a few differences between the Governor’s and the Senate’s budget approaches. For example, in this scenario, both plans call for a $1.9 billion deferral of the June 2020 local educational agency (LEA) payment of the principal apportionment to July 2020, and both plans rescind new proposals made by the Governor in the January Budget. In addition, the receipt of sufficient additional federal funds would ensure that no cuts to LCFF or categorical programs would be implemented in 2020-21 under either plan.

The difference between the proposals, if additional federal funds are secured, is primarily in how these two approaches get to a relatively similar end result. The Governor’s May Revision does not assume that more federal funds are forthcoming, and builds in extensive cuts to LCFF ($-6.5 billion), all categorical programs, State Preschool, childcare and community colleges. Those cuts, however, would be rescinded by budget trigger language if federal funds to offset those cuts become available. The Senate proposal takes the opposite approach by assuming that federal funds will become available, and thus makes no cuts to LCFF, categorical programs, nor in many of the other areas proposed by the Governor – thus there is no need to rescind those cuts as the Governor proposes.

The Senate plan also includes a number of items that are not related to whether the state receives additional federal funds. These items are discussed later in this update.

What happens if we don’t receive more federal funds?

If no additional federal funds are forthcoming, then the approach taken by the Senate is very different from that in the May Revision. Obviously, if there are no federal funds, then proposed language in the May Revision that would rescind the extensive cuts to LCFF, all categorical programs, State Preschool, childcare and community colleges would not be triggered. Thus, those cuts would stay in place for the 2020-21 fiscal year. The Senate approach makes none of those cuts, even if federal funds are not forthcoming. Instead, the Senate proposes additional deferrals taking 2020-21 payments of the principal apportionment into the 2021-22 fiscal year. This would expand 2020-21 deferrals by $5.3 billion above the $3.7 billion proposed by the Governor for a total of $9.0 billion in K-14 2020-21 deferrals; $4.6 billion of that expansion would affect K-12 LEAs.

Though these deferrals, as proposed by the Governor or by the Senate’s expansion, do represent a cut to LEA budgets, deferrals represent an improvement over an equivalent level of direct cuts in at least three ways. First, deferrals, if history provides a precedent, have carried an obligation to be reversed in the future when the state budget is in better shape. Second, these deferrals will allow LEAs to decide in which year (the year that the deferral is made or the year to which the funds are deferred) to budget for the one-time loss in funds caused when a deferral is implemented; direct cuts, on the other hand, create an immediate budget impact. Finally, the lack of direct cuts in the Senate proposal results in a higher level of Prop 98 expenditures in the Senate version of the budget; this benefits us going forward into future years. At the same time, deferrals are difficult to deal with from a business services perspective, since they may result in cash flow difficulties, borrowing costs and auditing issues.

The May Revision proposed $645 million in support for Special Education to bring the per average daily attendance (ADA) base rate to $645; the allocation would be calculated using a three-year average of ADA.  The Senate’s plan proposes $545 million to be applied toward that base rate increase, and for those funds to be allocated using the current AB 602 calculations. This would bring the increased base rate up to $625 per ADA. The additional $100 million that the Senate does not direct toward increasing the base rate is being redirected to augment the Special Education High Cost/Low Incidence funding pool. Other than that change, the Senate version parallels the May Revision.

The Senate also proposes an ADA hold harmless for the 2020-21 fiscal year by including 2019-20 ADA as established by SB 117. We interpret this to mean that LEAs would have 2020-21 funding calculated on the basis of the “greater of current or prior year” ADA, with prior year (2019-20) ADA calculated per SB 117. As a condition of receiving this hold harmless, an LEA would have to meet a number of conditions:

The second item that received a specific comment was budget trailer bill language (TBL) proposed by the Senate and in the May Revision; this TBL is related to the Educational Revenue Augmentation Fund (ERAF). This proposal would require counties to distribute ERAF payments pursuant to state law and guidance and would impose penalties if a county doesn’t comply. A Democratic Senator raised an issue with this proposal in support of counties that would be impacted by the imposition of this statutory change. However, the Committee Chair, Senator Holly Mitchell, explained to the Senator raising this issue that he would have an opportunity to raise this issue again, when more detailed TBL is up for consideration. The Committee adopted this TBL on a 16-2 vote.

Today’s hearing in the Senate focused on the Senate plan for the budget. Tomorrow the Assembly Budget Committee is slated to hold a hearing and review the Assembly’s version of a budget plan. It is expected that there will be overall similarities between the Assembly and Senate plans, however, there will also be some differences given differing priorities in the two houses.

Once these budget committee plans are approved, that will begin the process that will end with approval of a Legislative budget to send to the Governor. We expect intra-house differences this year to be reconciled outside of the usual conference committee process, and eventually there will be “Big 3” conversations among the President Pro Tempore of the Senate, the Speaker of the Assembly and the Governor to resolve remaining differences. Remember that the Legislature is required to approve a balanced budget and submit that budget to the Governor by the June 15 Constitutional deadline.

Analysis Of Governor’s May Revision 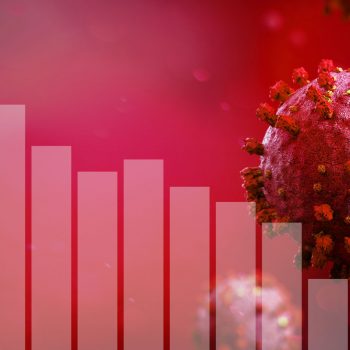 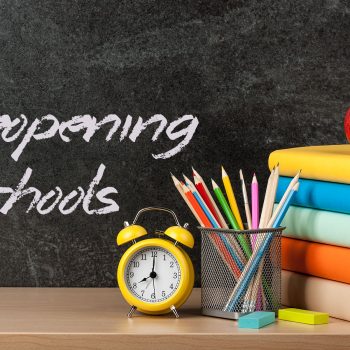