Changes in Law 2021 – Governance and Operations

Changes in Law 2021 – Governance and Operations

In the early days of the COVID-19 Pandemic, Governor Newsom signed Executive Order (EO) N-29-20, which, among other things, allowed public agencies to conduct meetings virtually without having to comply with certain provisions of the Brown Act, including that every teleconference location be accessible to the public. Originally only intended to last as long as social distancing was required by State or local public health agencies, the Governor signed another EO, N-08-21, in June 2021, extending these flexibilities through September 30, 2021. With that deadline only a few weeks away, Governor Newsom then signed AB 361, authored by Assembly Member Robert Rivas (D-Hollister), which, until January 1, 2024, exempts local legislative bodies from certain provisions related to teleconference public meetings under the Brown Act, including the Act’s teleconference quorum, meeting notice, and agenda requirements, during states of emergency.

Compared to the Governor’s previous executive orders on this subject, which simply waived the requirement for local agencies to comply with certain teleconference provisions of the Brown Act, AB 361 requires additional procedural steps before a legislative body can hold a meeting using the teleconference exemption. The exemption under AB 361 is also not limited to the COVID-19 Pandemic and may be used during any declared state of emergency, if either of the following conditions are met:

Once the body has met the requirements to use the exemption to meet virtually, AB 361 also requires the body to verify every 30 days by majority vote that the exemption from the Brown Act’s teleconferencing requirements is still necessary. Additionally, even if a legislative body decides to use the teleconference exemptions, it must still provide timely notice of the meeting and allow the public to access the meeting and directly address the body in real time.

An urgency bill, AB 361 took effect immediately when the Governor signed the bill on September 16. However, the swift implementation of the bill created some confusion in the field around which procedures a local legislative body was to follow, since the Governor’s June EO was still in effect until September 30. In response to this conflict, the Governor signed another EO, N-15-21, on September 20, which stated that the June EO governed virtual meetings through September 30, after which the provisions of AB 361 would go into effect on October 1.

The culmination of three years of effort and two previously failed legislative attempts, AB 599 by Assembly Member Reginald Jones-Sawyer (D-Los Angeles) will update the criteria used by the State Superintendent of Public Instruction (SPI) to identify schools for inspection to determine compliance with standards contained in the Williams settlement regarding the sufficiency of instructional materials and school facilities. Current law requires the SPI to identify a list of schools using the Academic Performance Index (API) every three years, despite the fact that the API was last used to identify low-performing schools in 2013 and was repealed in 2018. As a result, the same schools have been subjected to Williams inspections year after year. Under AB 599, schools will now be identified if they meet either of the following criteria:

AB 599 requires the SPI to use 2019-20 data to create an initial 2021-22 fiscal year list of schools to be inspected, which will be updated in 2022-23 and then every three fiscal years after that. However, the old API-based list will still be used for the 2021-22 school year, with the new list of schools to be used by County Superintendents beginning July 1, 2022.

Efforts for new school bond stall, will return next year

While there were efforts by the Legislature to place another statewide school facilities bond before California voters, both AB 75 ($12 billion for K-12 and Community Colleges) authored by Assembly Member Patrick O’Donnell (D-Long Beach) and SB 22 ($15 billion for public preschool, K-12, and all state community college and universities) authored by Senator Steve Glazer (D-Orinda) were held as two-year bills. Discussions on both bills will continue over the fall and it’s probable, given the continued interest, that the Legislature will place a statewide bond on the ballot in 2022. In the interim the 2021-22 budget deal included a one-time investment in the School Facilities Program of $250 million for new construction and modernization projects, however, this unexpected state investment is unlikely to continue.

As the bill moved through the legislative process, questions were raised around the enforceability of the bill. The California Chamber of Commerce opposed the bill and, citing the U.S. Supreme Court’s decision in AT&T Mobility LLC v. Concepcion (2011), claimed the bill’s provisions are preempted by the Federal Arbitration Act (FAA). In Concepcion, the Supreme Court found that, “[The FAA] permits agreements to arbitrate to be invalidated by ‘generally applicable contract defenses, such as fraud, duress, or unconscionability,’ but not by defenses that apply only to arbitration or that derive their meaning from the fact that an agreement to arbitrate is at issue.” In an effort to counteract  the preemption argument, AB 272 includes findings and declarations that state allowing a parent on behalf of their minor child to waive rights of the child as it relates to criminal sexual assault or battery is “unconscionable.” While it remains to be seen whether AB 272 will be challenged in court, barring any court intervention in the next few months, the provisions of the bill will apply to enrollment agreements beginning January 1, 2022. 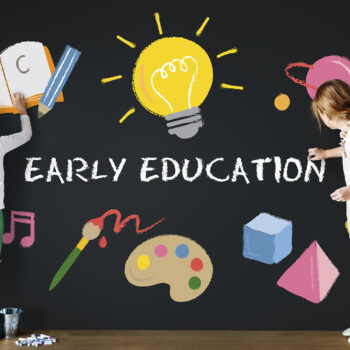