This past week saw a number of sudden political maneuvers to try and address several significant policy issues related to the school district budget reserve cap, teacher tenure, charter school authorization, and fiscal transparency. It appears a confluence of political dynamics are driving these developments (including the State Superintendent race in 2018, the political future of Senate leader Kevin de Leon, labor/management fights over tenure, and typical horse trading/leveraging).

Early in the week, Assembly Member Tony Thurmond (D-Richmond), with the support from the California Teachers Association (CTA), amended AB 1164 to force a compromise on expanding teacher tenure and changing the school district budget reserve cap. However, the compromise did not have input from education management organizations and they responded with strong and immediate opposition.

The bill attempts to force a compromise by merging two seemingly unrelated policy issues, both of which were already being addressed in legislation. AB 1164 included provisions of Assembly Member O’Donnell’s (D – Long Beach) AB 235 (changes to the budget reserve cap) as well as provisions to expand teacher tenure protections as an alternative to Assembly Member Weber’s (D – San Diego) AB 1220. Weber’s bill would expand the two-year probationary period to three years for certain teachers. Thurmond’s bill would also expand teacher probation to three years, but with conditions more amenable to CTA. Assembly Member Thurmond is a candidate for State Superintendent in 2018 and backed by CTA.

Despite the sudden flurry of activity on the issue early in the week, both AB 1164 and AB 1220 were held in the Senate Education Committee as two-year bills with the authors committing to continue working with stakeholders on the teacher tenure provisions. However, we wouldn’t discount a scenario where CTA attempts a last-minute play in the final weeks of legislative year (late-August/early September).

Even though the initial attempt to fuse teacher tenure and budget reserve cap changes fizzled, two other bills (SB 751 and AB 235), which propose competing amendments to the current budget reserve cap, were passed by the Senate and Assembly Education Committees unanimously, and with little discussion. The issue is far from settled, as was acknowledged by the authors of both bills. The politics of the issue remain the same: CTA will not be okay with changes to the reserve cap without getting something in return. Stay tuned…

Another bill that received last-minute amendments was AB 1217 (Bocanegra), a bill sponsored by Eli Broad and backed by Senate leader Kevin de Leon (D-Los Angeles). The bill would create a state school for STEM (grades 6-12) with governance provisions identical to what is required for charter schools. The bill is opposed by labor and education groups, which express concern over the precedent the bill would create, whereby charter school operators could circumvent the local districts, the county office of education, and State Board of Education and have the Legislature authorize a school to locate anywhere in the state. Senator Pan (D-Sacramento) voiced serious concerns, but ultimately voted with his caucus to support the bill, as it was clear the Senate Leader was ensuring the bill’s passage. The only member to vote against the bill was Senator Connie Leyva (D-Chino), who is not aligned with Senate leader Kevin de Leon.

While AB 1217 appears destined to pass the Senate, its fate is less clear on the Assembly side (where it must return for at least a concurrence vote), as the Assembly Speaker is rumored to have issues with the bill, as does Assembly Education Committee Chair Patrick O’Donnell. We also anticipate Assembly Member Thurmond will be opposed to the bill, as Eli Broad is expected to be a financial backer of Thurmond’s opponent for State Superintendent, Marshall Tuck.

Senator Portantino’s bill to require middle and high schools start no earlier than 8:30 AM passed the Assembly Education Committee after heated debate and over the objections from the chair (with a vote of 5-2). SB 328 now heads to the Appropriations Committee where its costs will be considered. It remains unclear whether the Appropriations Committee will pass the bill, and if it does, what the Governor’s disposition towards the bill might be if it reaches his desk.

Assembly Member Shirley Weber’s AB 1321 to enhance transparency around school funding was passed by the Senate Education Committee after the author agreed to amendments that removed the most controversial provisions of the bill, specifically requiring the disaggregated reporting of LEA-level and schoolsite expenditures by the three components of the Local Control Funding Formula: base, supplemental, and concentration grants. The bill is co-sponsored by Children Now and Education Trust West.

Other Bills of Interest

Following is a summary of the actions on other bills of interest.

Why You Should Oppose AB 318 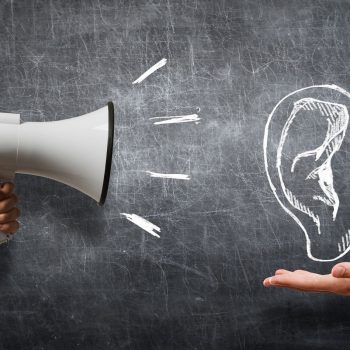