Analysis of Governor’s May Revision

Analysis of Governor’s May Revision

Governor Jerry Brown appeared in a good mood as he seemed to ad lib his way through a stack of familiar charts indicating that good budget years are always followed by bad budget years. Governor Brown reminded the audience of Sir Isaac Newton’s observation that “what goes up, must come down,” and with regard to fiscal prudence and the budget surplus he intends to leave his successor, he added, “I’ve said it before and I’ll say it again: let’s not blow it now.”

Consistent with the last several budget proposals from this Administration, Governor Brown focused on the importance of maintaining a large reserve in anticipation of the next recession; significant one-time investments ($2 billion) for state infrastructure; a mixture of ongoing and one-time expenditures for public schools; addressing poverty (including homelessness, health care, child care, etc.); and combatting climate change.

Early comments from leaders in the Legislature are supportive of the Governor’s fiscal approach, and are also mostly supportive of his various program and funding proposals.

Compared to January, and after accounting for transfers (which include both required (Proposition 2) and discretionary budget reserve and debt payments), the May Revision forecasts General Fund revenues to be higher by almost $2.6 billion in 2017-18 and more than $3.7 billion higher in 2018-19. Most of that increase is from higher personal income tax revenues related mainly to stock market gains through the end of 2017, although a fair amount also comes from higher corporate tax revenues related to new incentives (repatriation of foreign earnings) from federal tax reforms.

Including the prior year balance, the May Revision identifies $142 billion in total resources available for 2018-19, proposes $137.6 billion of spending (including reserve and debt transfers) with an ending fund balance of $4.4 billion.

The Proposition 2 automatic transfers amount to $3.5 billion, with half going to repay state debt and the other half going to the Budget Stabilization Account (BSA or Rainy Day budget reserve). The May Revision retains the January proposal to make a discretionary transfer to fully fund the BSA at 10% of General Fund revenues, which equates to a BSA fund of about $13.8 billion by the end of 2018-19. An additional $3.2 billion proposed for the discretionary reserve for economic uncertainties would leave the state with about $17 billion in General Fund reserves.

The May Revision calculates the 2018-19 Proposition 98 guarantee to be $78.4 billion, which includes a very small $68 million increase over the January proposal. For those of you following the LAO reports and our prior updates on variables impacting the Proposition 98 guarantee, the slight 2018-19 increase is largely dependent on an assumption of an attendance growth of about 600 students in 2017-18. This has the effect of resetting a Proposition 98 provision providing a one-year delay in accounting for the attendance decrease of about 16,000 students projected for 2018-19 (in other words, the 2018-19 guarantee is not adjusted downward for this loss of attendance – that adjustment will likely be made next year). Additional variables include a shift from Test 3 to Test 2, payment of the remaining maintenance factor and changes in per-capita income growth. We’ll cover all these issues in detail at our May Revision Workshops.

The Proposition 98 guarantees for 2016-17 and 2017-18 are also shifted upwards in the May Revision, resulting in about $660 million of additional funding. The increases of about $730 million over the three-year budget period allow the Governor to provide additional ongoing and one-time resources for K-14 education, including for LCFF and one-time discretionary funding.

The Governor achieves “full implementation” of LCFF as planned in his January proposal, with a few minor adjustments. In the January proposal, LCFF was increased by just over $2.9 billion. A COLA of 2.71% instead of 2.51% requires additional funding of over $150 million, and the Governor proposes a $166 million increase to base funding as well. It is not clear whether the additional base funding is a partial response to the Senate proposal to increase LCFF funding by $1.2 billion, or whether it is simply to achieve the round number of a 3% increase to the formula. In any case, compared to the 2017 Budget Act, LCFF funding is increased by roughly $3.3 billion, so a little more than what was proposed in the January proposal.

As you know, many supporters of public education are reminding the Governor, the Legislature and the public of the severely insufficient level of per-pupil funding in California. While achieving full implementation of the LCFF is a positive outcome, much work needs to be done to ensure our students are provided the educational resources necessary to compete on an equal footing with their peers in other states with respect to entering the workforce or advancing to higher education.

Consistent with his fiscally conservative approach over the last several budget cycles, the Governor avoids any significant ongoing expenditures other than for LCFF, and again proposes a large one-time funding expediture. The May Revision adds $286 million to the January proposal of $1.8 billion, bringing one-time discretionary funding to just over $2 billion. This comes out to about $344 per ADA for 2018-19, and a total of almost $8 billion in one-time funding over a five year period, a trend that is not likely to continue at this level for much longer. These funds continue to count as an offset to any outstanding mandated costs reimbursement claims by local education agencies (LEAs).

Other Programs and Issues

The May Revision expands upon the January proposal for a budget summary aligning school district expenditures to LCAP strategies. The updated proposal specifies that this information be displayed in a parent-friendly format that includes graphics (when possible) and additional information that explains how supplemental and concentration funds are being used to increase and improve services for eligible students.

The January proposal recognized the important role of COEs in the state’s new accountability system, and proposed $55 million in ongoing funds to support their work to provide assistance to school districts under the LCFF/LCAP structure. The January proposal also included a $4 million competitive grant program for eight individual COEs to act as resource and training centers for other COEs.

The May Revision does not propose any changes to the COE funding provided in January, and this funding appears to have support in the Legislature, so we expect this funding to be included in the final budget. There are some minor changes related to funding for the California Collaborative for Educational Excellence (CCEE) and for the Fiscal Crisis and Management Assistance Team (FCMAT).

The Governor also makes a technical proposal related to future funding of the LCFF COLA, and two additional technical proposals related to the Proposition 98 Guarantee, which could result in future impacts on funding for K-12 education. First, the Governor proposes to put the annual cost of living adjustment applied to LCFF base grants on auto-pilot (making them part of the “continuous appropriation”), meaning that there would not have to be a separate action in the annual budget act to fund the LCFF COLA.

The Governor also proposes to move the responsibility for making the final calculation (called “certification”) of the Proposition 98 Guarantee for any given fiscal year to the Department of Finance (DOF), while current law creates a joint responsibility between the Director of DOF and the State Superintendent of Public Instruction. Finally, the Governor proposes to rebench (or recalculate) the Guarantee to include child care expenditures that were used by the state to meet the Guarantee in 2015-16. If expenditures on programs that were previously funded outside of Proposition 98 are counted toward meeting the Guarantee, then the Proposition 98 Guarantee should be expanded to provide for those expenditures. This was not done when funding for full-day State Preschool wraparound services provided by LEAs was brought under Proposition 98 in 2015-16. The Governor’s proposal would resolve this issue.

As we mentioned in our review of the January budget proposal, the future of CTE funding and support is an ongoing topic of discussion between the Governor and the Legislature. We are currently in the last year of the CTE Incentive Grant Program, which provided $900 million over the past three years to encourage the creation and expansion of high-quality CTE programs. Members of the Legislature have proposed extending and expanding this program, while the Governor in January countered with a $200 million program to establish a K-12 specific component of the Strong Workforce Program administered by the Community College system.

As expected, since no one thought that the Governor would start negotiating with himself, the Governor maintains his proposal to provide $200 million for K-12 CTE through the Strong Workforce Program. He also makes no change to the $12 million in funding for technical assistance.

The May Revision continues to advance the Governor’s position that the LCFF 9-12 grade-span adjustment (2.6% of the LCFF 9-12 base grant) accounts for the higher cost of delivering CTE at the high school level, and that a separate CTE program is not necessary. CTE advocates and members of the Legislature continue to object to this revised view of how CTE programs have been, and should be, funded.

The Administration does partially respond to some of the criticisms of the January CTE proposal, clarifying:

Again, as expected, this will be an item of negotiation between the Governor and the Legislature. Most Legislative Members are holding their position that K-12 CTE funding should be administered by the CDE, and flow through to K-12 entities directly without community college intervention. The feeling in the Legislature is that providing that funding through the CTE Incentive Grant is the common-sense way to proceed. The good news remains that the Governor continues to propose the $200 million in ongoing funding for K-12 CTE, rather than eliminating state funding altogether at the conclusion of the current three year program.

The Administration proposes to $13.3 million in one-time Prop 98 funds to create a Community Engagement Initiative to “help communities and school districts engage more effectively when developing LCAPs.” They also propose $15 million in one-time Prop 98 funds to the Butte and Orange County Offices of Education to be used to contract with a California institution of higher learning to expand the state’s Multi-Tiered System of Support framework to foster positive school climate in both academic and behavioral areas, including but not limited to, positive behavior interventions and support, restorative justice, bullying prevention, social and emotional learning, trauma-informed practice, and cultural competency.

What Happened to the Marijuana Tax?

When voters approved the legal use and taxation of adult recreational marijuana in 2016, there was a strong assumption that the tax revenue generated by both cultivation and sales would be considerable. While it’s still early (recreational use of marijuana has only been legal since January), tax revenues are lower than originally anticipated.

Despite the somewhat sluggish start, the May Revision proposes $133.3 million to fund cannabis-related activities, including:

Licensing and enforcement programs for the cultivation, manufacturing, testing, distribution and retail sale of recreational and medicinal cannabis.
Tax collection and business filings support for collection of cash payments, IT system enhancements, and security and operational upgrades at state offices.
Hearings and appeals resulting from denial, transfer, suspension or revocation of issued licenses.
Illegal cannabis market enforcement funding for the Department of Justice.

Also included in the $133.3 million is $15 million to support community engagement, research and drug recognition programs that were outlined in Proposition 64.

We have already seen several legislative proposals seeking to secure Proposition 64 revenue to fund after school, homeless youth prevention and pupil personnel programs. As initially predicted, the revenue that can be used for those purposes likely will not be accessible until 2019-20. However, if revenues remain low, it is possible that the funding available for these programs will be much less than originally anticipated.

While special education, the educator shortage, early learning and child care, and other programs and issues continue to receive a lot of attention in the Legislature and among advocates, the Governor’s May Revision does not include any major new initiatives related to these programs and issues. 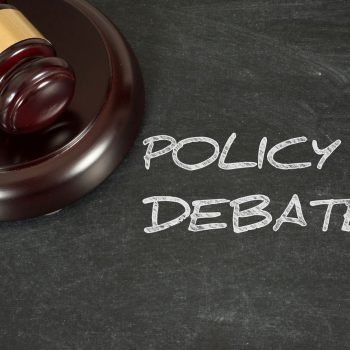 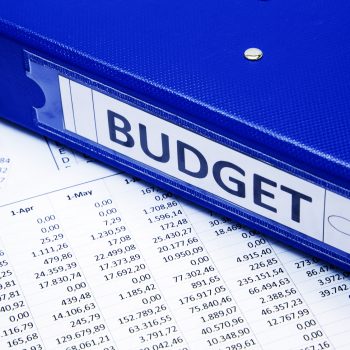