Assembly Bill 1505 by Assembly Member Patrick O’Donnell (D – Long Beach), which would enact reforms to charter school law, moved out of the Senate Education Committee last week by a vote of 4-3.

What Changed in the Bill?

Attached we provide a detailed summary of the current version of the bill, which is a stark contrast from the version that passed out of the Assembly a few weeks ago.

The most significant changes effectively unwind the recasting of the charter school approval and appeals process, where the sponsors were seeking a “local control” governance structure.

Under the prior version of the bill, locally elected school boards were the beginning and end of the charter authorization process – where the local school board would receive, review, and approve or deny the charter school petition for any reason (stating that school boards “may” authorize a charter school, vs. “shall” approve, unless…). If the petition was denied, the petitioners could appeal to the county board of education, but only for an administrative review of the local school board’s action (i.e. did they follow the lawful process?). There was no appeal to the State Board of Education (SBE).

Under the most current version of the bill, the initial approval and appeals process essentially reflects current law [local boards are required to approve unless they make specific findings and the county board of education and SBE appeal options remain, with some important changes (see full summary below)].

The author and sponsors point out that the bill adds a determination of “negative fiscal impact” as an initial reason for denial of a charter school petition if it would “substantially undermine” the district’s services. However, this determination, like all other findings in a petition denial, can be overturned on appeal.

There are a few instances where a fiscal impact denial is taken out of the political appeals process. If a school district that has a “qualified” budget certification with the county office of education (COE) determines that approving the charter school would push the district into a “negative” certification, and that is verified by the Fiscal Crisis and Management Assistance Team (FCMAT), then the denial for fiscal impact is not subject to an appeal. This is also true of districts in negative certification and those with a state administrator.

The recent amendments prohibit charter schools from changing their application throughout the appeals process by requiring any changes to “material terms” be remanded back to the school district or county board.

The bill also only allows the SBE to overturn a denial by a county board of education if the SBE finds the county board abused their discretion in denying the charter school.

The new language contains a noticeable amount of ambiguity. Terms like “demonstrably unlikely” and “substantially undermine” are terms school boards and charter petitioners will argue over and end up in court to resolve – potentially syphoning millions of dollars from classrooms (both traditional and charter). If nothing else, the current Charter Schools Act has taught us that the Legislature and Governor should provide clear language in whatever changes it enacts.

On Friday, the Legislature began a month-long Summer recess, during which the Governor’s Administration is facilitating further negotiations over AB 1505 between the author/CTA, CCSA, and the author. We’re told to expect further amendments to the bill after the Summer break. Interestingly, while many on the school district side think the bill may have been walked-back too far, CTA continues to support the bill. CCSA remains opposed to the bill and is pushing to roll back more language in the bill. In conversations with both sides, it appears virtually everything is still open to negotiation, including, among other things:

While this bill has been moving for a while, the conversation really just started because Governor Newsom’s team recently weighed into the debate.

Governor Newsom hoped the Charter School Taskforce report facilitated by State Superintendent Tony Thurmond would have provided more clarity regarding how to proceed, but the report did little to guide resolution on the most contentious issues. Instead, Newsom now finds himself as the referee in a fight between CTA and CCSA, two organizations far apart in negotiations and who both have the ability to complicate Newsom’s political future.

In the early 2000s, charter school backers were locked in another heated debate about charter school reform with organized labor. CTA and their labor allies were pushing legislation to stem the growth of charter schools in California. Reed Hastings (CEO and Founder of Netflix) was a prominent champion of charter schools and threatened to spend millions to take the fight to the ballot, something CTA and Democrats in the Legislature desperately wanted to avoid. In the end, a deal was struck and legislation was enacted to make some reforms and give us the Charter Schools Act that we know today (for the most part).

The dynamics with AB 1505 are eerily similar. CCSA has opened a committee to push a referendum on AB 1505, should is pass in a form they don’t like. Rumors have also circulated that CCSA might consider broader charter school reform at the ballot. State referendums are now only permitted on General Elections ballots (the next being November 2020) and any voter initiative CCSA might push is also only logistically possible for November 2020, or beyond.

No one wants a charter school fight on the November 2020 ballot. CTA, California School Boards Association (CSBA), Association of California School Administrators (ACSA), Small School Districts’ Association (SSDA) and other education stakeholders want to explore a revenue-raising measure for schools. We also hope to have another desperately needed state school bond on the ballot, among other things. All of those efforts will require well-funded campaigns that would only suffer if a fight over charter school policy ended up on the same ballot.

AB 1505 is currently pending before the Senate Appropriations Committee, where it could get one more spectacular hearing (with lots of people testifying on both sides) before the committee has to act on the bill by August 31. However, folks remain optimistic a deal will come along before then…

Negotiations are taking place this week. All lobbying on this issue is targeted at the Administration, the author’s office, CTA, and CCSA.

It’s clear everyone wants a deal, but it’s hard to envision one that everyone can agree upon. We all hope they avoid a ballot fight. 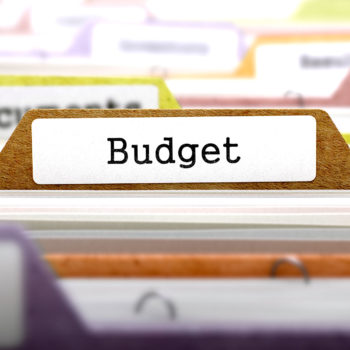 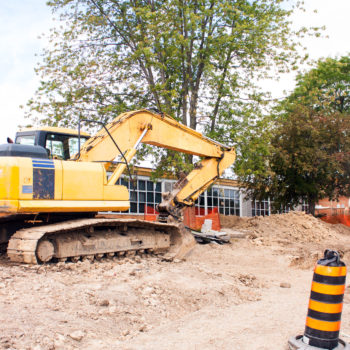